I wrote recently about one-sided cultural engagement, where Christians are engaged by the world without the world hearing from them about Christ. Movies, music and television are all forms of one-way communication. When the person doing the talking is ungodly, that can be one of three different kinds of trouble for those on the listening end.

We’re aren’t called to avoid all contact with unchristian people. Not at all. But contact with them has drawbacks and temptations.

The sin in the world is grievous, distressing, shameful and heartbreaking. You can’t help but be provoked by it. This is what I would call a drawback to any sort of participation in pagan society and culture. It’s not a problem, but it is a cost we pay when we are among the ungodly.

Abraham’s nephew Lot paid this cost while he lived in Sodom.

2Pe 2:7  and if he rescued righteous Lot, greatly distressed by the sensual conduct of the wicked

2Pe 2:8  (for as that righteous man lived among them day after day, he was tormenting his righteous soul over their lawless deeds that he saw and heard);

Can you relate to this? Does the rampant sin in popular culture distress you? If so, that’s actually a good sign. The distress is natural to one made in the image of God, as you are. It is also a built-in response for those who are new creatures in Christ.

At various times, Christ himself was angered, troubled or apparently exasperated by the sin and unbelief of those around him when he walked the earth.

In this respect, (and in all others) he represented God well.

Gen 6:5  The LORD saw that the wickedness of man was great in the earth, and that every intention of the thoughts of his heart was only evil continually.

Gen 6:6  And the LORD regretted that he had made man on the earth, and it grieved him to his heart.

I’m used to it

Human nature is such that we become accustomed to things that we experience repeatedly. If that common experience is sin, you are in danger of having your natural hatred of sin worn away and replaced with indifference.

The apostle writing by inspiration, warned us not to be deceived about the effect of keeping bad company. When the reprehensible becomes commonplace, it doesn’t seem to reprehensible any more. Also, can be drawn into sinful behavior with small compromises here and there. That’s what friends are good for. I mean bad for. The company we keep influences us in ways we don’t always realize. 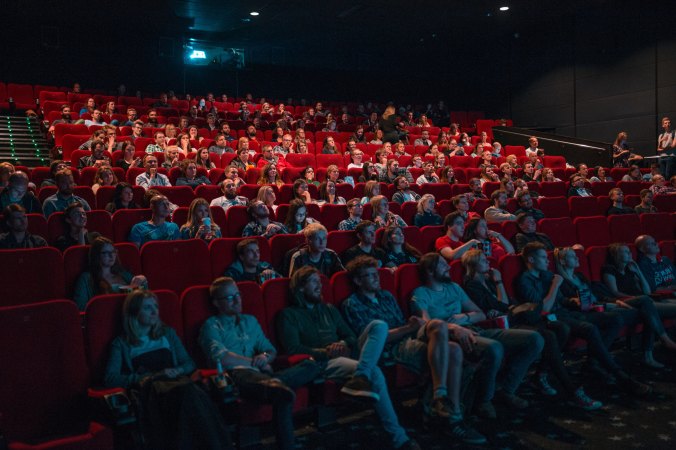 God forbid that we should get the point where we can be entertained by sin, like those who do not know God.

1Jn 2:15  Do not love the world or the things in the world. If anyone loves the world, the love of the Father is not in him.

1Jn 2:17  And the world is passing away along with its desires, but whoever does the will of God abides forever.

Let’s face it, popular culture is made by sinners, for sinners. Most people use entertainment to be entertained. If it was deeply troubling them, they would turn it off.

If you find yourself drawn to some form of entertainment because it celebrates sin, then run, do not walk! – away from that entertainment. It is sin for you.

The fake holiness that we all need to avoid is the kind that thinks it can judge another person’s relationship with God based on outward things. The true holiness we are called to pursue is to continually take heed to our own hearts and actions, in order to please the lord.

To sum up, the sin around us can be one of three kinds of trouble:

If we find the sin of our present culture grievous and distressing, we are following in the footsteps of our lord. If we start to think it’s “fine” or “no big deal,” we are following the path of the company we keep, whether that’s flesh and blood, or digital and media. Understanding this helps us to guard our hearts, so that we can serve the master we prefer.

And the good news is that Jesus sacrificed himself to redeem those who are not as bothered by sin as they ought to be. He died for the corrupt and the corrupting. His sacrifice is the perfect example of God’s love for those who have sought out and celebrated in sin. The powerful, effective love of God is what justifies us.